Rather than go over how difficult this was to accomplish, and how many hours I spent attempting, I'll just layout the steps I took to complete this task.

Here is a quick example of what I was able to do with VirtualGL and X11 forwarding. According to tracepath there are 19 hops between me and this server. I've no reference to tell me if these results are good or bad, but I can get usable GL applications via either X11 forwarding or a VNC session.

Once I figure out how to throw a video into this post I'll add a screencast. (Well...I know how to add a video...just need to figure out if I'm gonna host it direct or use the YouToobs)

For now you'll just have to trust me that glxgears in all its glory was rendered in a window on my local machine.

In this case, it was a Tesla K20Xm

I'm going to assume you've already got the drivers installed and have a GPU ready to use on your server. If someone screams loud enough, I may add that procedure to this post...but for now...LAZY!!!

For these cards, we need to check if the operation mode is set to the correct one for using them as a traditional GPU (the ones that can make pretty pictures and not just crunch numbers)

This card was set to Number Cruncher (Compute) so we need to change it to "All On".

Reboot, and your card should now be ready to pump out graphics as well as crunch the big numbers.

You (seem) to Need a Desktop Environment...

This one I did not expect, but after reading the documentation for VirtualGL, and through a lot of trial and error (...A LOT...) I finally gave in and installed a Desktop Environment, Display Manager, and Xorg on my headless CentOS 7 server.

During the early stages of attempting to configure all this, I chose lightdm as my display manager, but due to not understanding how VirtualGL interacts with the display manager and the fact I couldn't get LightDM + VirtualGL to play nice, I changed to gdm.

OH! I also set the default target to graphical.

VirtualGL is an open source toolkit that gives any Unix or Linux remote display software the ability to run OpenGL applications with full 3D hardware acceleration.

TurboVNC is a derivative of VNC (Virtual Network Computing) that is tuned to provide peak performance for 3D and video workloads.

On the GPU server, install both VirtualGL and TurboVNC. The site offers RPMs, so I just pointed yum directly at them.

With those installed, I configured VirtualGL. Had to stop the display manager first:

Then I ran vglserver_config. This asks you some questions about how to configure VirtualGL on the server. For TESTING purposes, I chose to answer 'no' to each question. I very much to do not recommend this in a production environment, but I wanted to get this working first before I started worrying about security.

Xorg needs a configuration that tells the system to not use the GPU as a display device. The tool nvidia-xconfig will configure X11 for you and write it to /etc/X11/xorg.conf.

This tool also seems to backup the existing config (if any) before writing the new one. Since I didn't care about the existing one, I removed it so I was 'starting fresh'

Now, reboot. After the server comes back online, check if Xorg is running, check gdm, and check to make sure you are using the right Nvidia drivers:

If either of Xorg or gdm are not running, or the drivers are not loaded, then something is not right...

In my case, the GPU server is not directly available to me, so I need to use another server to access it. This meant that I needed to use vglconnect twice. Once to the 'middle' server, then again to the GPU server. (This also means you will need to install VirtualGL on your local machine too)

Starting on my local machine:

Now on the middle machine:

Finally on the GPU machine, I confirmed that I had 'direct rendering' and my glx vendor string was 'VirtualGL':

Finally, I tested a GL application. (again...until I get a video up here, you'll just have to trust me that a window with the gears showed up)

After installing TurboVNC on my local machine, and reading the docs and help output, I was able to use the client to connect into the middle machine, then onto the vnc server started on the GPU machine.

On the GPU machine, start the vncserver. I started it with the flag -fg to keep it in the foreground. If this is the first time you've started the vnc server, it will ask you to set a password:

Make note of the output from this. You will need it for the vnc viewer.

On my local machine, I ran the following to connect up to the vnc server using the middle server as a gateway:

More info on these flags can me found using vncviewer --help. The most useful one I've found is --extssh=1. This tells vncviewer to not use it's internal SSH client and instead use the system's. Found this easier than trying to get the internal one aware of my ssh keys...

If all went well, you will connect up to a desktop session of the GPU server. When I first connected, it was a very basic session consisting of a firefox session, a terminal window, and I think maybe a clock.

To use the MATE Desktop I installed earlier, I needed to create a ~/.Xclients file with the contents exec mate-session, then chmod 700 ~/.Xclients. If you did this after starting your vnc server, you'll need to restart it. 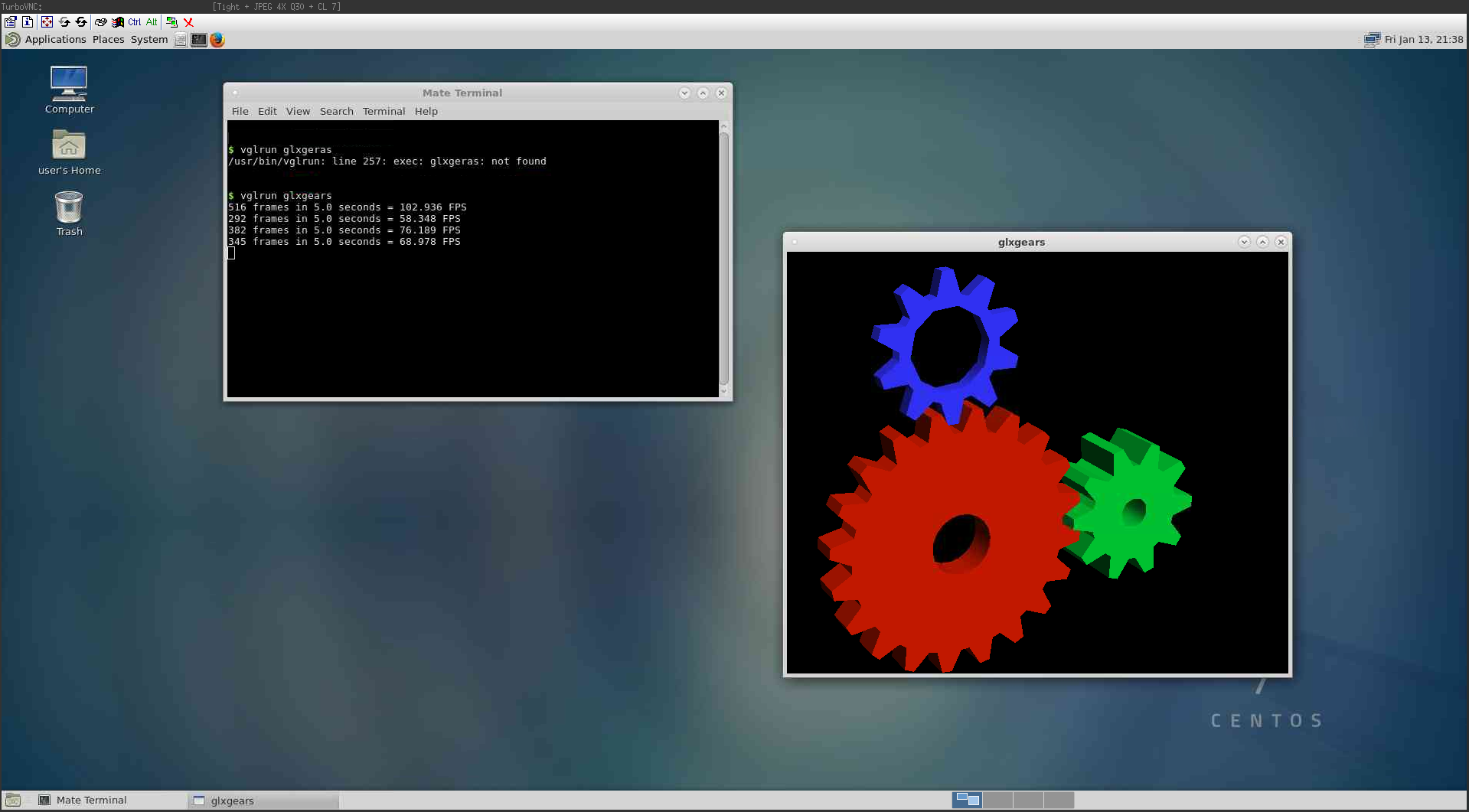 Hopefully this will help someone out there. I sure could have used a doc like this...but my Google-Fu/DuckDuck-Fu was too weak...that or a post/doc like this does not exist... 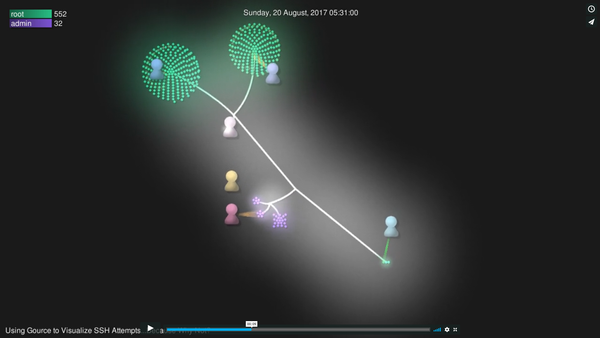 As with most endeavours related to the question "I wonder if I can do X?", this one started off on a day where I was very VERY bored. The question

Moved locations and it took WAY longer to get set up than I had hoped. Good thing I don't care about how many 9s I have. Hopefully I'm in a more stable state and can start adding some more content soon.