The Day of Days

Today marks the first day in almost 10 years since I have plugged in one of those fandangled print-a-mo-jigs* to my computer.

In this case, the finely crafted ink-slinger** is an Epson NX515 all-in-one printer/scanner/juicer I received as a "Hey...you want this printer?" from a family member. And wouldn't you know it, I've found a use for it.

Namely the scanner portion. It has been just too long since last I scanned a body part***. Now I can do it in the comfort of my own home, without Sheila from HR getting all bent out of shape.

After powering it on, the first thing it did was complain about missing ink. Fine. Ok. Continue. STOP COMPLAINING ABOUT IT AND LET ME GET TO SETTINGS! This proved much more difficult to achieve...actually impossible. They REALLY want you to go buy more ink. SO much so that the printer is no longer usable from the control panel until you fix the ink situation.

"Fine. I'll plug you in via USB" I thought. After a quick trip to the closet of forgotten cables, I returned with the needed item. Plugged it in and BAM! Fedora installed the needed drivers and even knew the exact model number. Problem is, after firing up simple-scan, hitting scan, waiting..waiting..waiting, it finally failed and said it could not locate the scanner.

Long story short here, it was looking in the wrong place. Turns out there is a conf file to tweak after the printer drivers are installed. Took A LOT of Google-ing to find that out.

The file we want to tweak is /etc/sane.d/epson2.conf but before that we need to know some info about the printer.

In my case, I added usb 04b8 0856 just after the comments for libusb support.

A quick power-cycle of the printer to make sure all the demons were exercised, I was able to scan!!!

Hope this helps one of you poor souls out there!! HAPPY INK SLINGING!! 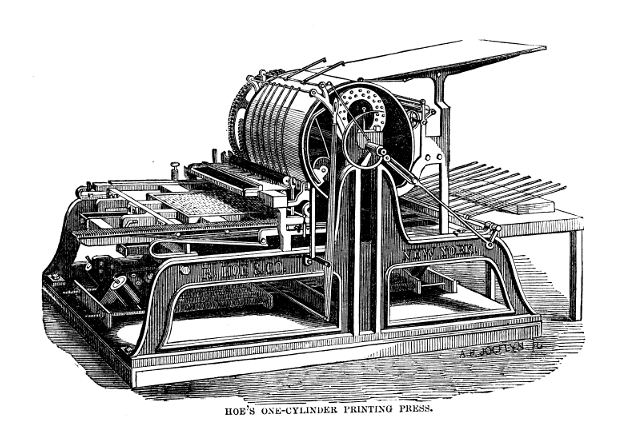 So, this game has gotten a lot of press here of late. So I think it's time for a rant post. I want to share my thoughts on its removal from app stores. Flappy Birds was bringing in $50,000 a day in advertising

I like retro terminals. There, I said it. If it makes me some form of Techno-Hipster, then I shall accept my fate. When feeling uber-nerdy, I would load up phosphor from xcreensaver and run a terminal session it it. /usr/lib/xscreensaver/phosphor -program